I’ll be in South America for two-thirds of this here month of December, playing with Joe Satriani, Bryan Beller and Marco Minnemann starting tonight in Mexico City.

Now it’s a few hours later – I’m in the dressing room after soundcheck/rehearsal, and I got to say it’s a pleasure to be back in Satch world – soundcheck was super fun and I’m really looking forward to these gigs!

Here are the tour dates of destiny:

While on the road this month, I am feeling a very specific desire to do a batch of ridiculous drawings. 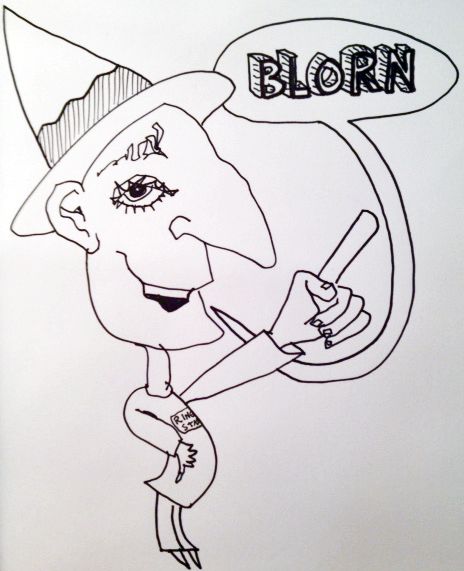 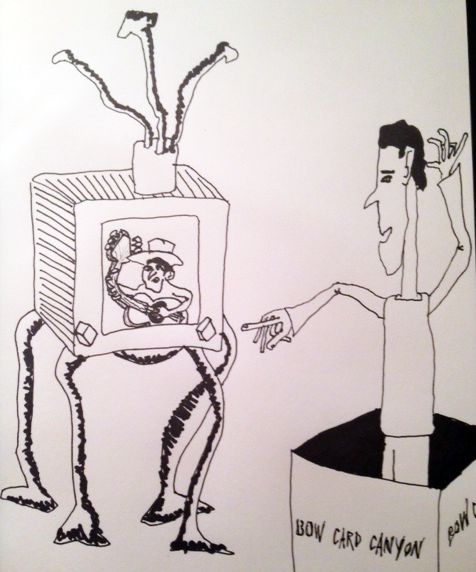 Such as these two I did last night in the hotel.

I enjoy doing these whilst touring. If the hotel stationary is any good I’ll sometimes use that, but otherwise I just do them in the sketchbook I brung with me.

I was thinking that some of you folks might enjoy getting a hold of one of these absurd things, so we’ve decided this:

THE PRECIOUS GIFT OF MAYBE

For the month of December 2016, anyone who buys anything from the Mike Keneally Store will be entered in a contest to receive one of the drawings I do during this tour.

After the beginning of the new year, Scott Chatfield will give me the names of everyone who ordered stuff during December, and I will randomly choose names (from a hat!) and send each winner one of the drawings. I’m absolutely gonna do twelve drawings, but maybe more. Your chances of winning are increased by how creative I feel.

The drawings will be shipped separately from the merchandise you order (in case your order is meant as a holiday gift, I don’t want to hold up the shipment waiting for me to get home from the road – plus I want to keep this contest thing going for the entirety of December).

This applies to both physical and digital purchases – everyone who orders anything from us in December has an equal shot at getting a drawing.

And finally, here are a bunch of new me-related things you might like to see and/or hear:

A video of me messing around with a great big pile of super-fun Pigtronix pedals, including the enticing Infinity Looper.

A video of me playing the song “Roll” for EMGtv – I played four different Scambot 2 songs for EMG pickups, which they will be rolling out (so to speak!) over the next few months… this is the first one.

And a Scambot 2 review also from Music Street Journal.

A new interview for Guitar Mania.

And a Scambot 2 review from Guitar Mania.

Another Scambot 2 review, from The Progressive Aspect.

A nice interview with Highway 81 Revisited.

Another interview (http://www.tickettoentertainment.com/blog/2016/10/19/progressive-rock-artist-mike-keneally-at-kennett-flash/) , this one for Ticket.

And this podcast interview for The Prog Report.

There you go, a bunch of stuff to keep you busy while you’re not shopping. I offer thanks to the many journalists who’ve been keeping me yapping or typing recently, it is much appreciated.

We’re shipping the 2-CD Scambot 2 signed and numbered limited edition of 2000. The double-CD set consists of the Scambot 2 album (65 minutes of music) and the Inkling album (48 minutes of music) in a colorful digi-pak, with two handsome booklets nestled within. You’ll get an immediate download of Scambot 2 as soon as you pre-order. (You’ll have to wait until your CD set arrives to hear Inkling, which, by the way, features the brilliant RICK MUSALLAM on the song “Cram”!!)