I hope you’ve all been copacetic or better. I had a great and crazy tour with BFD last month – wildly fun shows, beautiful audiences, cancelled flights, emergency van rentals and vast quantities of friendship on display. My favorite shows were the two Iridium gigs where Rick Musallam was able to join us – see photographic evidence herein. We’re working on putting together a west coast BFD run with the Travis Larson Band later this year, about which I shall inform thee when I have information to inform thee withupon.

Also last month I whooshed up to Vancouver, BC for a few days to work on some new music with Devin Townsend. It was just the two of us in his studio writing and recording stuff. It’s sounding fascinating thus far, and we’re both looking forward to continuing the process when schedules allow – the music is very varied and we’re eager to continue discovering what exactly we’re creating here.
GIGS AND WHISPERS OF GIGS

You know what’s coming up? Some gigs! Here’s them.

On June 4 and 6 there are a couple of Extreme Cream shows with Kofi Baker and Rob Pagliari.

Playing with us at Brick by Brick is instrumental progressive band Pet Shark, and their cellist Lindsay Jagich will join us on one of my favorite Jack Bruce pieces, “As You Said” from Wheels Of Fire. Cream themselves never played this piece live – I am really excited about playing it! I love it a lot.

On June 22 I’ll be doing a clinic at Murrieta Arts Studios in Murrieta, CA. I’ve not been to this place yet, but Pete Griffin did a clinic there not so long ago and he told me this place is happening. So this will be a new experience for me and I am very much looking forward to it, like a baby fish looks forward to Infinite Day.

Starting in mid-July I’ll be doing various things in Europe – for one thing, a trio gig with Stu Hamm and Chad Wackerman somewhere in Europe (the precise location and date are being kept a secret from the public for a few more weeks. Exciting!) where we’ll be playing Stu’s stuff, a little of mine, some Zappa, Satriani, Vai, Holdsworth – a cornucopia of wonderments.

Then I’ll be out and about in Germany and Italy for a couple of weeks with comrades Jaan Wessman and Schroeder – those details are still being sealed in wax and will be presented with love to you quite soon.

There’s going to be a gig somewhere in South America with some fine musicians we all know quite well which I see has not been announced online yet, so I’ll keep my trap shut on that.

As indicated above, west coast BFD August action is in the planning stages. There’s also some Extreme Cream touring in the blueprint stage for sometime around September/October.

Late October I’ll be returning, with relish, to Progtoberfest III at Reggie’s in Chicago. Last year was a hoooot and I look forward to further hooting. I’ll be doing a set with BFD, and another set sitting in with the Don and Bunk Show (Don Preston and Bunk Gardner – freakin’ legends), along with several other wonderful people, the also legendary Ike Willis and Nick D’Virgilio.

I shall leave you with a couple of new videos of songs from Scambot 2 that I played for EMG pickups in their video studio up there last October, which I hope you enjoy the bejeezus out of –

And here’s In The Trees Part One:

Many thanks, my friends!
Unquestionably,
Mike 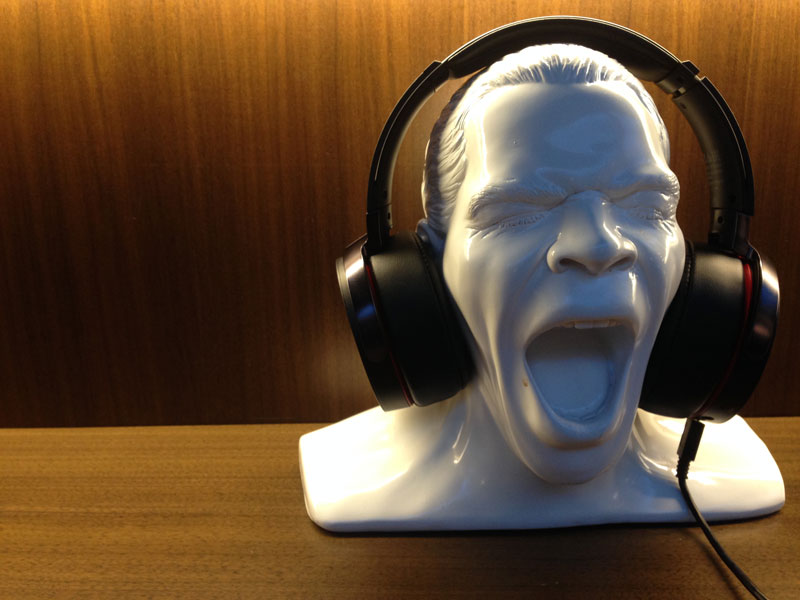 Hey everyone! Happy near-the-end-of-March to you.

Just returned from Larvik, Norway from a sold-out night at the Guitar Festival there. Great hang, great crowd and great times playing my songs with Are Gogstad and Rune Pederson (bass and drums), and jamming on Chicago and Hendrix tunes with Paul Gilbert and other pals. Thanks to everyone at the Festival, especially Anders, for bringing me over. So much fun!

More fun a-comin’: at the end of this week I’m taking Beer For Dolphins out for a few shows on the east coast, and one in Texas. These are trio shows with Bryan Beller and Joe Travers, except for The Iridium in NYC where Rick Musallam will be joining us.

Excitement! Multiple notes! We are so jazzed to be playing these shows! I’ve spiked the setlist with some pretty old songs that haven’t been played in a darn long time – at least one hasn’t been played live since Drop Control were still together. 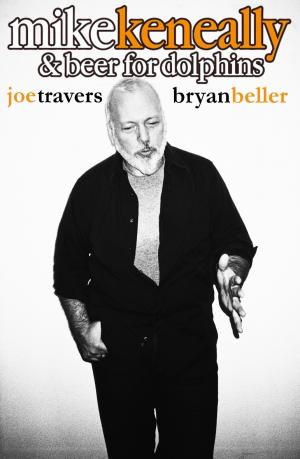 (Say…we are looking for two able-bodied humans to help with load-in and load-out at the Falcon gig. Two free tickets, some earnest socializing and a lifetime of memories await you. Please get in touch with Julie Cord at mkeneally@bluemouthpromo.com if you’re interested. Thanks!)

Check out the merch stand at these shows: in addition to a bustling selection of CDs, I’ll be auctioning off a couple of original drawings at each gig. Enhance your art collection and help pay for our hotel rooms at the same time. Win win!

Thank you everyone! May your next lunch be fantastic!

We’re shipping the 2-CD Scambot 2 signed and numbered limited edition of 2000. The double-CD set consists of the Scambot 2 album (65 minutes of music) and the Inkling album (48 minutes of music) in a colorful digi-pak, with two handsome booklets nestled within. You’ll get an immediate download of Scambot 2 as soon as you pre-order. (You’ll have to wait until your CD set arrives to hear Inkling, which, by the way, features the brilliant RICK MUSALLAM on the song “Cram”!!)