Oh my friends! Listen up!

Next week I’ll be at The Iridium in NYC for three nights, playing a bunch of wonderful Cream songs with my buddies Kofi Baker and Rob Pagliari. We’d certainly love it if you could join us. We shall not restrain ourselves in any fashion.

If anyone asks, the ticket links are here:

Loving you is easy ’cause you’re beautiful,
Mike 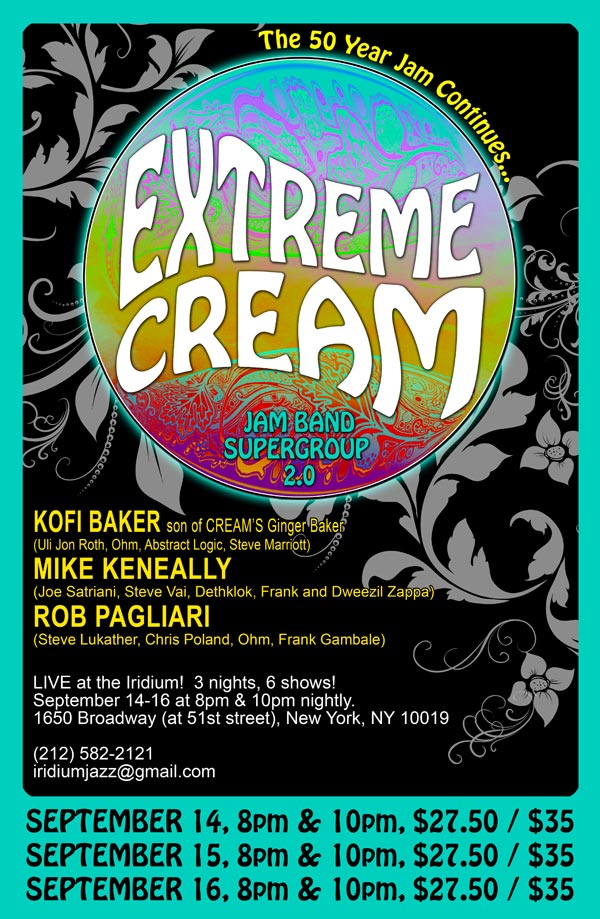