Recently an interview with me was posted on the Cronaca Torino newspaper website, link here. With the kind permission of the interviewer Alessandro Gazzera, here are the original interview questions and answers in English as conducted via email:

1. Hello, mr. Keneally and thank you so much for the interview, It’s really a pleasure for me. First of all, why don’t we start with the new tour with Joe Satriani in South America? How to play with musician like him?

I’m having a great time playing with Joe. It’s constantly inspiring and challenging to play guitar next to him – he plays with such ease and mastery, and when we’re trading solos on guitar I definitely need to be at the top of my game. It was an unexpected surprise to get a call from him in 2010 asking me to work in the studio with him, and there has been a lot of recording and touring in the years since, and it’s always enjoyable. I’m glad he called me.

2. Mike Keneally have a really long career with a lot of collaboration. What is the secret of your success?

I just refuse to stop making music. I keep at it and over time I guess more and more people find out about what I’m doing. It’s important to remain open to collaboration; even though I spend a great deal of time working on my own projects, I try to do as much work with other musicians as I can when I’m called about doing other recordings and live gigs. It’s good to mix my own energy with that of other artists, and in terms of career exposure it makes a lot of sense to put myself out in front of different audiences. Playing in front of Satriani’s audience the last few years has been great, and I also play live with a metal band called Dethklok which has given me a very different sort of exposure that I would never have expected. It’s all great and it’s all helpful.

3. What is the most important moment of your career?

Probably when I decided to pick up the phone in late 1987, call Frank Zappa’s office and ask for a job. Frank had no idea who I was – hardly anyone did – so there was no reason to expect he would hire me, but if I hadn’t taken that ridiculous leap, things would have turned out very, very different for me.

4. When did you start to play the guitar and the keyboard?

The keyboard was my first instrument. I received an electric organ for my seventh birthday and loved it immediately. Never having played one before it still felt somehow familiar to me, and I remember walking up to it and picking out the melody to “Paint It, Black” by the Rolling Stones. I still wanted a guitar very badly, mainly because of my love for The Beatles. Four years later, on my eleventh birthday, I got my first acoustic guitar and began teaching myself to play based on what I knew about music from playing the organ.

5. In Italy we really love Frank Zappa and you played in his band for very long time. What do you remember of that period?

I was in constant disbelief that I was in his band at all. I was such a huge fan of Frank’s while I was growing up, and the idea of playing with him seemed like an unobtainable dream. I remember watching Frank onstage during his guitar solos on “Inca Roads” and being practically dizzy in the surreality of the moment. But I also remember hours of laughter during rehearsals putting new music together, and Frank using my familiarity with his repertoire to help bring older, long-unplayed songs back into the setlist, like “Who Needs The Peace Corps?” – if I hadn’t been in the band it’s quite possible that song wouldn’t have found its way back into the repertoire. I’m glad I was there!

6. The italian fans really like you work with Steve Vai. What, in your opinion, the best album you worked on?

“Alive In An Ultra World” was really special because Steve kept writing new songs during the tour for us to learn and play at the shows. He was very busy writing and we were very busy learning, and that made it an extremely unusual tour and I’m glad there’s such a good document of it. But the most special for me is “Vai Piano Reductions Vol. 1,” where I did solo piano arrangements and performances of 11 of his songs. He chose the songs, but gave me total freedom in how I chose to interpret them. It was the hardest album I ever made because solo piano is such a naked and unforgiving medium. But I was very happy with the results, many people have enjoyed the album and most importantly, Steve himself was thrilled with what I did. I couldn’t ask for a better result.

7.  For know better you: what do you think about Italy? Here you have some fans…

I am half Italian (on my mother’s side) so it’s always a good feeling when I get to Italy. The people are wonderful, I love the architecture and sense of history. And the food of course! I’ve had countless great experiences on tour in Italy and look forward to many more.

8. Project for the future?

At the moment I’m primarily concerned with completing work on my next album, Scambot 2. It’s the middle installment in a trilogy; Scambot 1 came out five years ago so I’m very eager to continue work on the second volume. I’ve done a lot of work on it already, in fact I’ve been working on some arranging for it while on the road with Joe Satriani in South America. My hope is to complete the album in the first part of next year, but part of the Scambot concept is that I don’t push too hard with it – it’s a very intricate, multi-layered, narrative work and it kind of has to happen on its own schedule. I’m excited about it though and am eager to share it with the world. But first I’ve got some more touring with Satriani in a few weeks in New Zealand, Australia and Singapore, and early next year I’ll be in the studio with Joe working on his next album. So Scambot 2 has some competition for my attention – but it will be completed next year.

9. Is there a particular artist that you’d like to work with?

Wayne Shorter and Neil Young – ideally both at the same time.

I don’t think so. There’s so much good food I can’t think of one that stands above all. I wouldn’t want to make any other food feel bad by neglecting it.

I relax with my girlfriend Sarah playing various computer and board games, going on walks, and I love to draw ridiculous pictures.

12. Is there a model for you? Who has most influenced your music?

So many people have had major influences on my music – The Beatles were the first and were a huge influence, Frank Zappa obviously and perhaps he had the greatest impace. But Andy Partridge’s songs for XTC were also a major influence, Todd Rundgren had a major impact on the way I write chord progressions, and John Coltrane was like a lightning bolt for me in terms of improvisational approaches. Miles Davis and Bob Dylan in terms of staying true to your artistic impulses, and The Residents and Captain Beefheart for being unafraid to be absolutely incomprehensible at times. Radiohead for atmospheres and emotion. And a million others.

13. A message for our readers

I very much appreciate anyone who’s taken the time to read this interview, and I look forward to returning to Italy soon. I always relish the chance to play there. I’d also encourage anyone who’d like to know more about my music to visitwww.keneally.com, and you can link from there to my Facebook and Twitter accounts, as well as to Radio Keneally, on online radio station playing my music 24 hours a day. 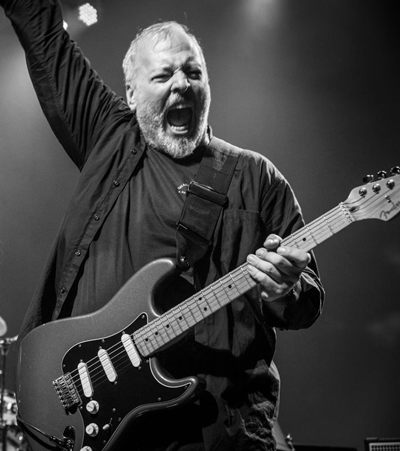 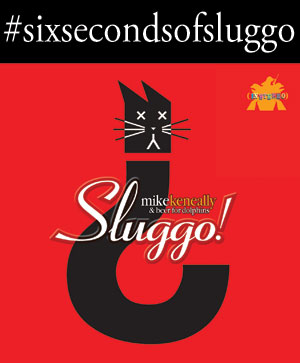 Hello fellows and ladypeople! It is I! Mike.

In our general exultation about the Sluggo! special edition, and our fascination with all microcosmic aspects of music, we’ve come up with a means of celebrating some of the tiny but juicy fragments to be found on the album. We have our own favorite small moments on the album, and we’d love to see and hear yours.

Using the free Vine app, we invite you to shoot a video using your favorite six seconds of Sluggo! as your background music (singing or playing along is great also).

I’ll be keeping an eye on all posts with this hashtag, and I’ll be retweeting or reposting the ones I really get a kick out of. The ones I super-dig will be “favorited” on Twitter.

1. I don’t need to say this, but please no appalling, threatening, racist, sexist, hateful or otherwise offputting-to-the-majority-of-humans entries. Thank you.

4. I may retweet/repost as many videos as I like.

5. No one, human or animal, shall be harmed in the making of your films. Use of magic or science to turn living dogs into cardboard dogs or vice versa is strictly prohibited.

We’ve taken the liberty of shooting a few examples…head over to Twitter now, search for the hashtag #sixsecondsofsluggo and have a look! This will be fun, right?