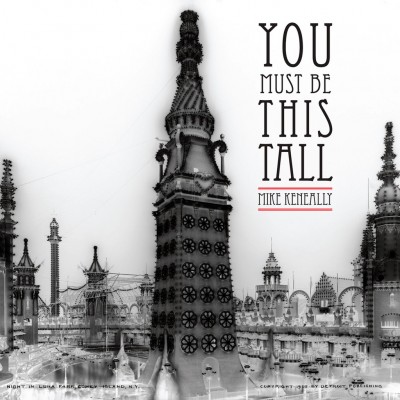 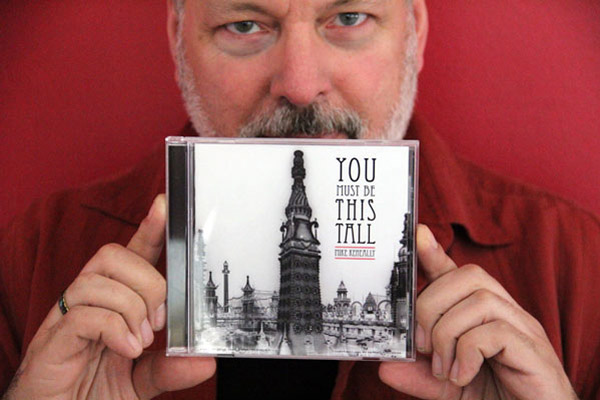 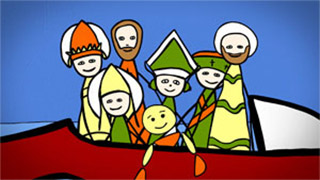 The Mike Keneally Band (me, Beller, Travers and Musallam) play on two tracks, “Cornbread Crumb” and “Popes.” The stuff the guys play is out-of-this-world sweet and funky. The band’s performance on “Cornbread Crumb” blows my mind, it’s my favorite song on the album. But they lay it down beautifully on “Popes” also. The Bulgarian animator Dimitriya has done a sweet new video for the song “Popes,” which you can see here.

It is a real pleasure to bring you You Must Be This Tall and I hope you dig the hell out of it.

HELP US GET THE WORD OUT? 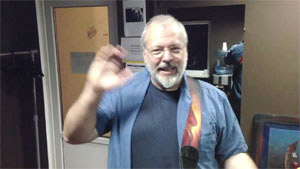 We would love and appreciate your help in spreading the word about this album! We’re working with Jamplify to reach fans who would like to share the pre-order link for You Must Be This Tall in various social platforms, message boards and the like. Basically just helping us spread the word around – a lot of you do this already just because you want to, and believe me, I am crazy grateful to you.

Everyone who signs up for our Jamplify fan-promotion campaign (using their Facebook or Twitter accounts) will get our cow-sized gratitude; they’ll also get two unreleased tracks (alternate, radically different versions of two songs from YMBTT).

The top ten promoters – meaning the ten people who share the pre-order link online the largest number of times – will get to hang out with me at an online Google hangout thing (someone will explain to me how it works) later in the year.

Here. We give this to you. We give you two new EPs, about a half-hour long each, presenting a total of ten tracks drawn from our vast live music archive, and yours for FREE. Music from the period 1998 to 2007, featuring many of your favorite Keneally Band members and special guest Dutch participants. And, it’s freaking FREE. Go download your hour of FREE live music right chover here.

Thank you to everyone who was a part of the Satriani European tour which ended a few weeks ago. Seriously freaking good times. The North American tour begins in San Diego this Thursday (the dates can be found immediately below). Looking forward to getting back on the road with Joe, Bryan and Marco again – the last tour was just fiendishly fun.

And, we are trying to work out ways to bring you some of the You Must Be This Tall music live on stage before the end of the year.