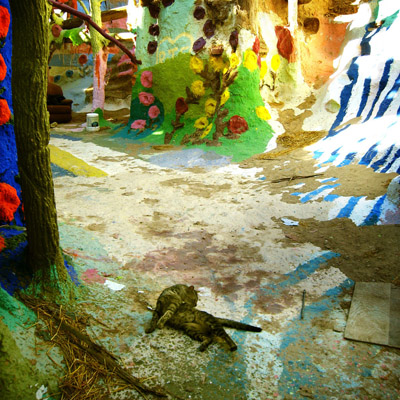 One bright morning, world-renowned drummer Marco Minnemann settled down behind the DW kit in his secluded hideaway, punched the record button, and proceeded to pound out an astounding 52-minute improvised solo. When it was finished, he christened it Normalizer 2 and offered it as a sort of gift to a handful of his favorite guitarists, relishing the prospect of each adding his own signature madness to the mix.

Mike Keneally was someone Marco hoped would dig the idea. In the throes of recording his intense and complex Scambot 1 opus, Mike leapt at Marco’s offer the creation of Evidence of Humanity would be a joyous, freewheeling counterpoint to his meticulous work on Scambot. “”A fun ride,”” Mike would recall. (Of course, Marco recorded his own fantastic version, too, available at marcominnemann.com.)

The ecstatic result is two of the world’s foremost musicians improvising together, but not at the same time. It’s a record unlike any other that Mike has recorded (but probably closest to Nonkertompf, his indefinable, mostly instrumental 1999 solo extravaganza). Evidence of Humanity seems to have a life of its own, mutating and maturing with each listen.

Accompanying the Evidence of Humanity CD is a region-free NTSC DVD containing a tasty reimagining of the original concept. This time, Mike and Marco got together in real time and vaulted into the ether for another 52-minute musical improvisation, a feat that was videotaped for your pleasure. The DVD also includes an insightful conversation between the two kindred musical spirits, shot in the back seat of a car hurtling toward the cover shoot in the Southern California desert’s dilapidated Salton Sea. 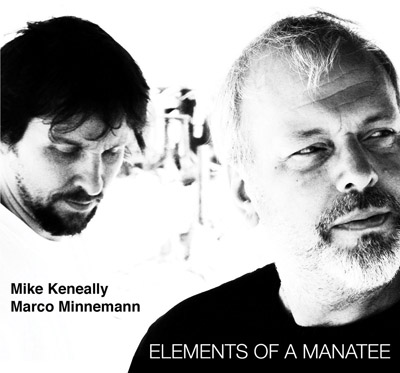 When Mike Keneally and Marco Minnemann collaborated on their critically-acclaimed Evidence of Humanity CD, Mike composed and played on top of Marco’s prerecorded drum solo. And history shows that it turned out magnificently. But it raised the question, what would happen if Mike and Marco improvised together in real time? Mike and Marco were curious, too, so they agreed to meet at Marco’s secret storage locker/rehearsal studio hideaway and let ‘er rip. The startling 54-minute result (augmented by some overdubbed Keneally bass flourishes) appeared on the DVD that accompanies the EOH CD.

A few people have made it known to us that they wish they could enjoy this spontaneous musical eruption while driving, working or pipe-smoking in the study. So here you go, the audio portion of Elements of a Manatee is now available as a very high-quality, reasonably priced download.